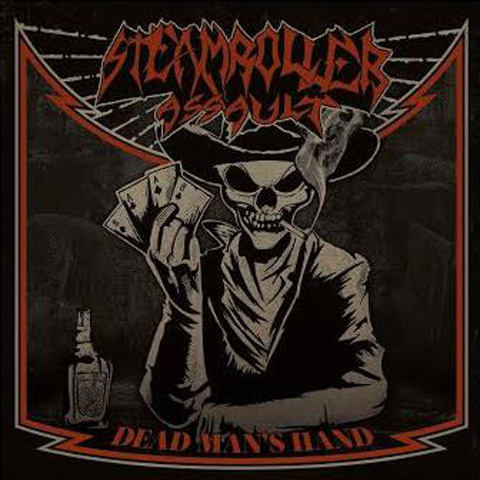 Steamroller Assault, a Greek heavy metal band that performs metal with an attitude and passion. Formed in Athens back in 1999 the band has gained a loyal following in their home country and been put as opening acts for bands like Riot, Enforcer, Razor, Exciter, Brocas Helm and Grim Reaper. Jump forward to 2017 and the band releases their third album, Dead Mans Hand. From musicianship to catchy songwriting this album is a massive step forward. After the opening tracks Dead Man’s Hand, Kill After Kill and Evil Is My Middle Name you will be convinced that this was worth your money.