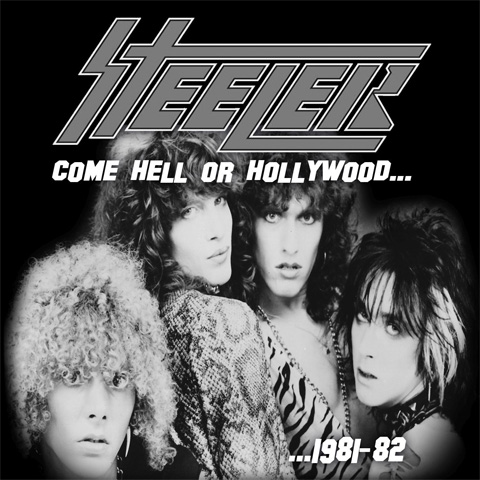 Before Motley Crue, Quiet Riot and Ratt were platinum…Steeler WAS American Metal. Come Hell Or Hollywood is a collection of remastered rare recordings from 1981-1982. Many of these pre-Yngwie tracks have never been made public, and the album features a lost” version of the Steeler anthem Cold Day In Hell as well as unheard versions of the Rolling Stones’ Let’s Spend The Night Together (the only cover song Steeler ever played) and fan favorite Backseat Driver. While the release is the brainchild of original Steeler guitarist Michael Dunigan, Ron Keel and the label worked closely together on this project to present these recordings in their proper context. It’s like walking the streets of a heavy metal ghost town, Ron Keel explains. There’s historical value here, and this magical moment in time needs to be properly preserved and shared. There are those that lived the Hollywood heyday with us, and those this missed it – this album is dedicated to all of them. Many of these tracks are medium rare, and others are absolutely raw – but we were helping give birth to a cultural revolution, and childbirth is ugly, messy and painful; it’s also one of the most beautiful things you’ll ever experience. I was just learning how to sing and write songs in 1981-82.