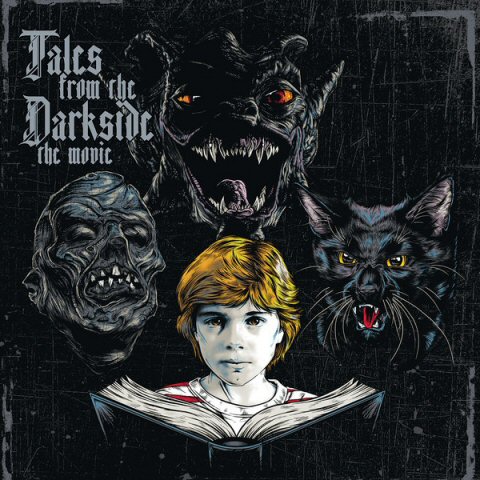 Stephen King And George A Romero -Tales From The Darkside lp

This is the complete and remastered soundtrack to Tales From The Darkside. The original master tapes were tracked down in the Paramount Pictures vault. Upon locating them, the label and john Harrisson faithfully restored and remastered the entire soundtrack for vinyl. Much of the music contained in this new release does not appear on the original 1990 album which is now out of print and has become a collector’s item amongst both horror fans and record collectors. Tales From The Darkside is the classic anthology horror film released in 1990. The stories features many big name acting talents such as Debbie Harry, Christian Slater, Steve Buscemi, David Johansen, and James Remar. John Harrison (Creepshow) acted as both the film’s director and the soundtrack’s composer. The film was written by George A. Romero (Night Of The Living Dead) and Stephen King. The movie has been referred to as “The Real Creepshow 3” by horror movie special effects legend, Tom Savini (Dawn Of The Dead, From Dusk Till Dawn). Fans of horror movies and synth heavy scores will find Tales From The Darkside release right at home in their spider web encrusted record collection.