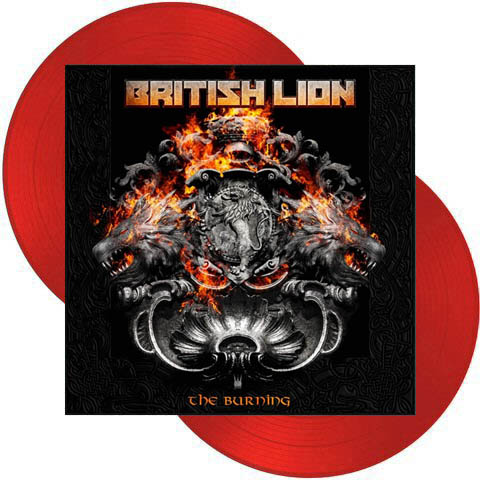 Double album. Us pressing on red vinyls with gatefold cover

The Burning is a follow-up to British Lion’s 2012’s eponymous debut album, Steve’s first ever musical venture outside of Iron Maiden which was pronounced both ‘brilliant’ and ‘a big hearted ferocious triumph’ by the music press. The Burning not only features a great collection of hard rock songs it is also much stronger from every angle. Great collaborative song writing throughout, fantastic melodies and hard hitting guitar solos. Richard Taylor has also grown into his role as the frontman and deliverer of the songs in a very big way. In fact, I think it’s clear from this album that the band as whole has grown as a collective and I really hope this time around to see far fewer reviews that unfavourably and nonsensically compare them to Maiden. British Lion have produced a hugely enjoyable prog influenced British Classic Rock album.