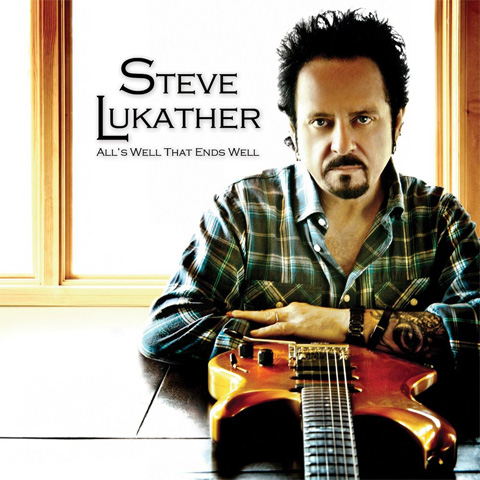 Although he’ll probably always be best known as the guitar player in Toto, Steve Lukather has been releasing solo albums on a semi-regular basis since the late ’80s. And in 2010, Lukather (or as he’s also often referred to, Luke) released his sixth solo studio album overall, All’s Well That Ends Well. Having also served as a session player for a variety of artists over the years (Michael Jackson, Stevie Nicks, Lionel Richie, Alice Cooper, etc.), it shouldn’t come as much of a surprise that the nine tracks on All’s Well That Ends Well run the stylistic gamut. On My Way Home possesses an unmistakable Steely Dan-like vibe and Flash In The Pan is the album’s hardest rocker, while such compositions as You’ll Remember and the instrumental Tumescent bring to mind 80s-era jazz/pop/rock. Although first and foremost a guitarist, Lukather also possesses a serviceable singing voice, which he displays throughout the album. Additionally, Lukather doesn’t hold back in the lyric-writing department, as he seems to have used All’s Well That Ends Well as a forum to spill his guts about a variety of subjects, which admittedly, sometimes comes off a bit heavy-handed (such as the track Brodys). Also, those expecting an upbeat album from start to finish may be surprised, as evidenced by such blue-sounding tracks as Can’t Look Back and Don’t Say It’s Over. Add it all up, and you get what is arguably Lukather’s most challenging solo release yet.