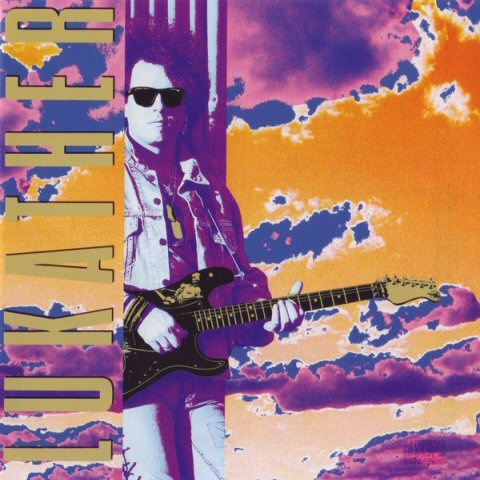 Best known as the guitarist for early MTV-era hitmakers Toto, Steve Lukather remains one of the world’s top session men, having played on well over a hundred recordings by a wide variety of artists over the years. Despite juggling his busy schedule between session dates and Toto, Lukather managed to also launch a solo career during the late 80s, with the release of his 1989 debut, Lukather. With Toto Lukather had been up to that point the ballad singer, but here on his first solo album he proves that along with his superior guitar skills he can also handle a wide variety of vocal styles. This album was written and collaborated with lots of talented musicians such as Eddie Van Halen, Richard Marx and Steve Stevens (just to mention a few). Its a mixture of great guitars and some 80s super group type songs – Lonely beat of my Heart is an excellent example. Track 3 Fall into velvet is a nice example of different guitar effect sounds with at least 3 solos from three different guitarists including Steve himself. The songs are all almost excellent. The absolute highlights are Darkest Night Of The Year and the epic Fall Into Velvet. Toto band mates David Paich and Jeff Porcaro help out, as do a thousand more top players, demonstrating the enormous respect held for Luke within the industry. If you like Toto with a slightly harder edge, and particularly if you enjoyed their 90s efforts (Kingdom Of Desire and Tambu) with Luke on lead vocals this album is an absolute must-have.