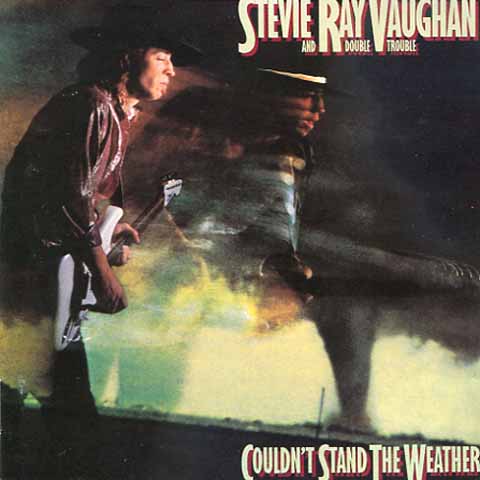 Stevie Ray Vaughan’s second album, Couldn’t Stand the Weather, pretty much did everything a second album should do: it confirmed that the acclaimed debut was no fluke, while matching, if not bettering, the sales of its predecessor, thereby cementing Vaughan’s status as a giant of modern blues. So why does it feel like a letdown? Perhaps because it simply offers more of the same, all the while relying heavily on covers. Of the eight songs, half are covers, while two of his four originals are instrumentals — not necessarily a bad thing, but it gives the impression that Vaughan threw the album together in a rush, even if he didn’t. Nevertheless, Couldn’t Stand the Weather feels a bit like a holding pattern, since there’s no elaboration on Double Trouble’s core sound and no great strides forward, whether it’s in Vaughan’s songwriting or musicianship. Still, as holding patterns go, it’s a pretty enjoyable one, since Vaughan and Double Trouble play spiritedly throughout the record. With its swaggering, stuttering riff, the title track ranks as one of Vaughan’s classics, and thanks to a nuanced vocal, he makes W.C. Clark’s “Cold Shot” his own. The instrumentals — the breakneck Lonnie Mack-styled “Scuttle Buttin'” and “Stang’s Swang,” another effective demonstration of Vaughan’s jazz inclinations — work well, even if the original shuffle “Honey Bee” fails to make much of an impression and the cover of “Voodoo Chile (Slight Return)” is too reminiscent of Jimi Hendrix’s original. So, there aren’t many weaknesses on the record, aside from the suspicion that Vaughan didn’t really push himself as hard as he could have, and the feeling that if he had, he would have come up with something a bit stronger.