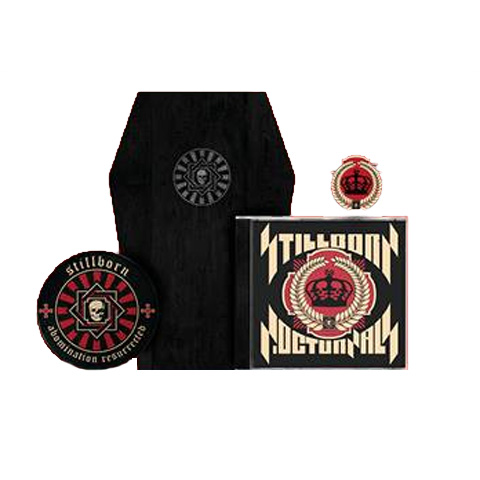 28 years ago a band was formed that would repaint the map of the doom genre. Gothic metal did not even exist as a music style before Stillborn released their debut album “Necrospirituals” in 1989. The album left an unforgettable mark in the Swedish underground circles and influenced many legendary acts in the future, including Paradise Lost, Entombed and Cathedral. The combination of darkness and melancholy as well as a gothic aesthetic, taken from the classic horror films, made Stillborn unique. Fast forward to 2017 and Stillborn marks a long awaited return with Nocturnals an album made in the same spirit as the debut album and with Kari Hokkanen on vocals. It has taken three decades so its a very welcome return for all the fans of the band and the album wont disappoint. This is the same band that we once fall in love with and they are back with music that are malicious, spooky and comes with a unique morbid twist.