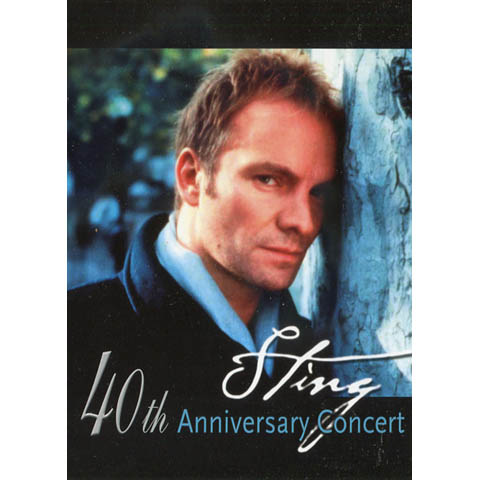 Reduced price due to some marks on the dvd

Stings concert at the Hollywood Bowl in Los Angeles on the 2nd of October 1991 was cut 20 minutes short to fit into a runnign time of a pay-per-view cable telecast. Fans who had seen an early show during the start of his yearlong The Soul Cages Tour might have missed this a lot because much of it came from one of the most absorbing elements of the Wiltern concert: a four-song cycle from Sting’s recent The Soul Cages album, a somber, ambitious work that grew out of reflections on the death of his father in 1987. While other, more accessible songs from Cages, including the wistful, philosophical All This Time, also deal eloquently with the feelings of loss outlined in the album, the cycle touches on the theme in a more abstract, literary way that defines the boldness of Sting’s artistry and scope. The songs, including Island of Souls, The Wild, Wild Sea and When the Angels Fall, didn’t add up to easy listening at the Wiltern, and you could sense some fans getting restless during the demanding journey. Yet it was also a wholly compelling musical experience, and Sting’s decision to follow the emotionally draining sequence with a liberating version of Jimi Hendrix’s Purple Haze was brilliant. By eliminating two of the four songs, however, Sting both sacrificed the power of the work and reduced the liberating quality of Purple Haze so much that the latter was simply a vigorous change of theatrical pace. The fans at the Bowl, however, shouldn’t feel discriminated against. Sting stopped using the four-song cycle shortly after the Wiltern performance, when his tour moved from intimate theaters into arenas. He apparently felt that the cycle might be too difficult for audiences to absorb in the larger setting. Still, he would have been well advised in returning to Southern California to restore it for the Bowl show, because it was a special night, and you’d like to see an artist of his quality at his most challenging, especially when the performance is being documented in a pay-per-view. If the Bowl show didn’t equal the drama of the Wiltern date, however, it continued to show that Sting is at the forefront of the valuable new wave of veteran artists, including Paul Simon, Joni Mitchell, Peter Gabriel and Don Henley, who are giving pop a new sophisticated or adult dimension. Looking dashing in a bright yellow vest and black trousers, Sting reached back to his Police days for a half-dozen songs, including Roxanne and Every Breath You Take. Sting concentrated on material from his solo albums–songs that explore and interrelate social and personal themes about values and obligations. Despite all these months on the road, Sting and his three-piece band–David Sancious on keyboards, Dominic Miller on guitar and Vinnie Colauita–continue to play the material with the investigatory passion of musicians who enjoy looking for new ripples of emotion and subtlety in the tunes. Watching Sting, on bass, and Summers, on guitar, side by side again reminded you of how daring a move it was in 1983 for Sting to leave one of the most successful rock groups ever formed to pursue the artistic freedom offered by a solo career. Yet the excellence of the music itself at this show -even with the absence of the Cages cycle–made it clear that the move was absolutely correct.