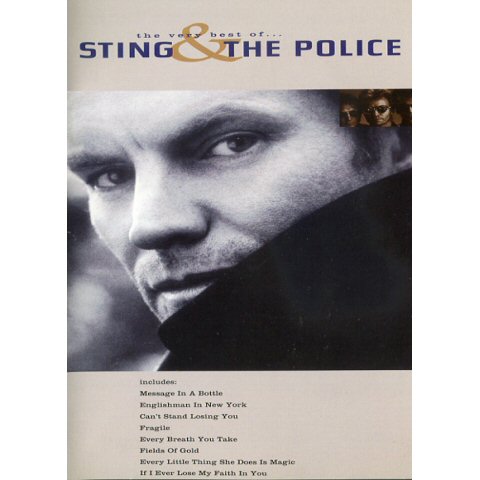 In the summer of 1997, Puff Daddy took “I’ll Be Missing You,” a sappy reworking of “Every Breath You Take,” to the top of the charts across the world; it became the biggest rap single in history. The success of “I’ll Be Missing You” had the bizarre by-product of making the Police hip again among both rock and rap artists. So, what better way to celebrate the occasion — as well as the 20th anniversary of the Police’s first album — than to release another compilation album and vhs, this time combining highlights from the Police and Sting’s solo career? The Very Best of Sting & the Police vhs does just that, combining 17 songs. The Police cuts are generally classics (“Message in a Bottle,” “Can’t Stand Losing You,” “Every Breath You Take,” “Walking on the Moon,” “Every Little Thing She Does Is Magic,” “Don’t Stand so Close to Me,” “Roxanne”), but there are several big hits left off, which should probably be expected for an integrated collection like this. What does come as a surprise is the solo material. There’s plenty of good music on his records, but the selection here emphasizes his MOR side, relying on songs like “Englishman in New York,” “Let Your Soul Be Your Pilot,” “Russians,” and “If I Ever Lose My Faith in You,” instead of some of his more ambitious material. The videos and the music here is of course great and its cool to see so many promotional videos compiled together on one lengthy, 70 minutes, vhs.