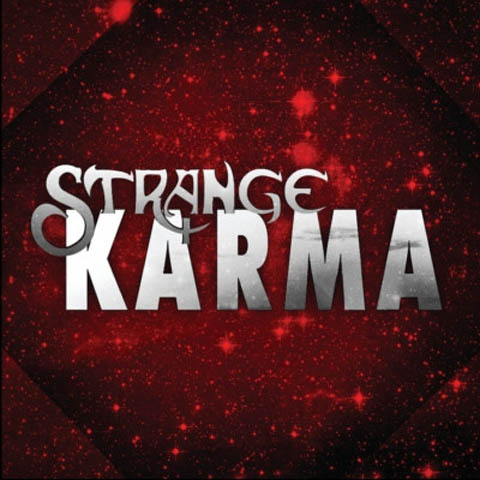 Original 2011 press under the original name. Was later re-issued as America

Strange Karma’s debut album Volume 1 that AOR Classic Rock Magazine quoted: Wild, flamboyant and larger than life. From the opening guitar that introduces the band to Martin Strange’s first vocals that scream America, you are being warned that they are on their way. The next thought to cross your mind will be that Robert Plant changed his mind and Led Zeppelin is recording under a different name. Martin’s vocals will send chills down your back as you will envision the ghost of what might have been if those Zeppelin guys decided to do it one more time. There is one striking difference though, Martin has a much broader range and when using a normal singing voice he has a much more dramatic sound then that Plant guy. There is a vibrato quality that is pure dynamite to his singing. It would be easy to write this band off as just another Zeppelin clone but that would be a sad mistake. You can’t fault someone just because he has the same vocal qualities as one of the best singers on the planet. You also can’t fault a group for taking the best aspects of their influences and using that as the mold to shape their own sound. These guys are the real deal. As I stare into my crystal ball, I see a great future ahead for these guys. As a debut album, this has the feel of a band already at the top of their game. The problem they will have is topping it with their next offering.