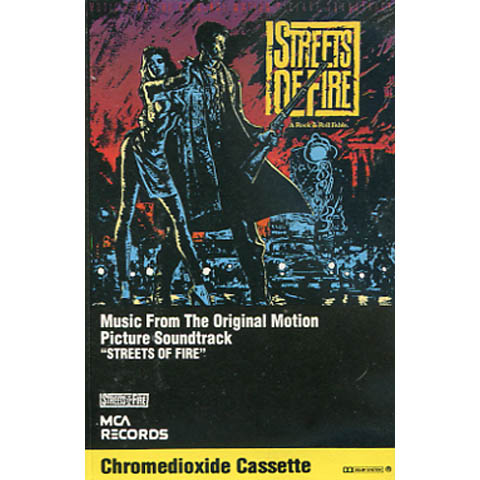 Jim Steinman (the melodramatic writer behind Meat Loaf’s Bat Out Of Hell) is the author of many of the tracks here, and they have his typical rock n roll Sturm Und Drang, especially when the backup group consists of members of Bruce Springsteen’s E Street Band. Even though the music echo’s of Meat Loaf abound throughout the Jim Steinman tunes they do miss Mr. Loaf’s fire. The non-Steinman fare is enjoyable and, in some cases, even memorable. Countdown To Love and I Can Dream About You make for some hummable tunes. The Blaster are a blast as always and Maria Mckee brings along some Lone Justice memories to the proceedings. However, when The Fixx’s Deeper and Deeper comes on, you go: “Huh?” “What? “Why?” Though it is a decent song, it’s totally out of place here and also in the movie where it was played over the end credits. Definitely a mish-mashed time capsule of the 80s, but overall, harmless and fun. Additionally, the movie is worth watching to see an 18-year-old Diane Lane lip-syncing to the Steinman songs and watching the early acting performances from the likes of Rick Moranis, Willem Dafoe, Amy Madigan, Bill Paxton, the long, lost Michael Pare and many, many more. The album’s hit single turned out to be Dan Hartman’s I Can Dream About You.

Track list:
1. Fire Inc. -Nowhere Fast
2. Marilyn Martin -Sorcerer
3. The Fixx -Deeper And Deeper
4. Greg Phillinganes -Countdown To Love
5. The Blasters -One Bad Stud
6. Fire Inc. -Tonight Is What It Means To Be Young
7. Maria McKee -Never Be You
8. Dan Hartman -I Can Dream About You
9. Ry Cooder -Hold That Snake
10. The Blasters -Blue Shadows