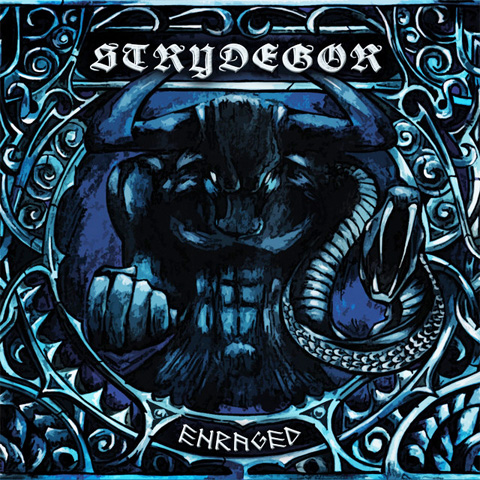 Named after a Nordic warrior, chosen by Odin to guard the mead, Germany’s Strygedor started in 2005 under the name, The Alphes before becoming this current act in 2007. Enraged is their third album, and they perform in a melodic death metal style with a boatload of Viking influence. I’m sure they’ve heard more than a few times that comparisons to Amon Amarth are inevitable – fortunately in the vocal department Florian is not as deep a bellower, his voice more of a raspy blackened /death crossover. So if you want a mix of Amon Amarth and melodic death metal then this is for you. Enraged is melodic viking death metal.