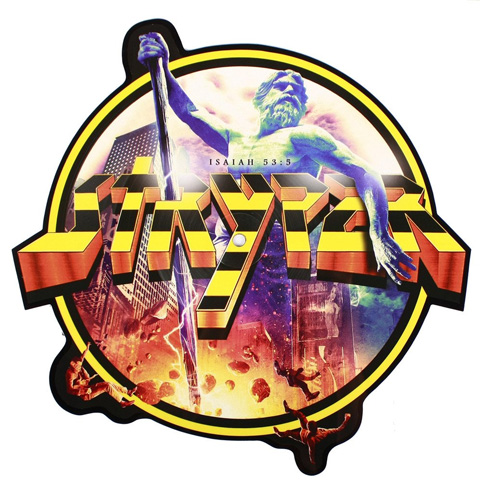 Just by releasing a single with the title, God Damn Evil, you can question Stryper. Are they swearing? Or praying for justice? It’s ambiguous enough to piss off some of the flock. But that’s how it’s always been with Stryper. When Stryper’s landmark To Hell With the Devil hit MTV hard, many churchgoers were divided about their big hair, spandex jumpsuits, and heavy guitars. For those who believed the message of the church but had no use for the surface judgments that had more to do with tradition and control than biblical mandates, Stryper was a Godsend. They gave us license to rock for the rock, as they liked to say. Target practice was easy for the naysayers. God Damn Evil is a heavy, punchy, memorable metal track. And if you think the title is some sort of blasphemy then dont worry as the band say Sorry on the B-side. The two tracks on this shaped picture disc are taken from their 2018 album.