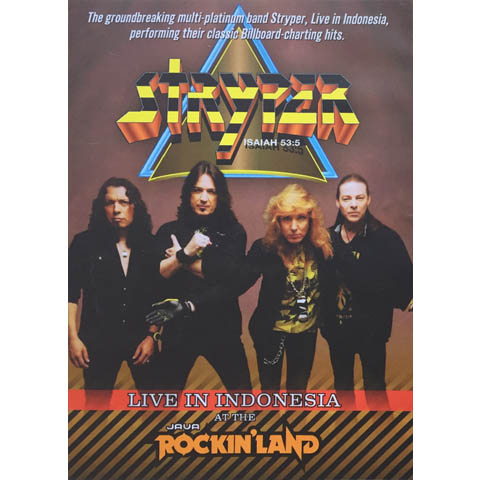 In 2010 Stryper had been going for 30th years, counting the early Roxx years and they showed no sign of slowing down. The band were invitated down to Indonesia to perform at the Java Rockin Land festival and it was an opportunity not to miss. The band filmed this show in front of an enthusiastic crowd where they perform both hits and rarities. The band shows they still got it, searing tenor harmonies, precision dueling guitar riffs, tight and solid drumming. The music is definitely still 80s highly produced metal but with little less hair, makeup and spandex. So this dvd is all about the music, not the gimmickry, and the music really stands on it’s own. If you like Stryper do yourself a favor and buy this because you will love it.