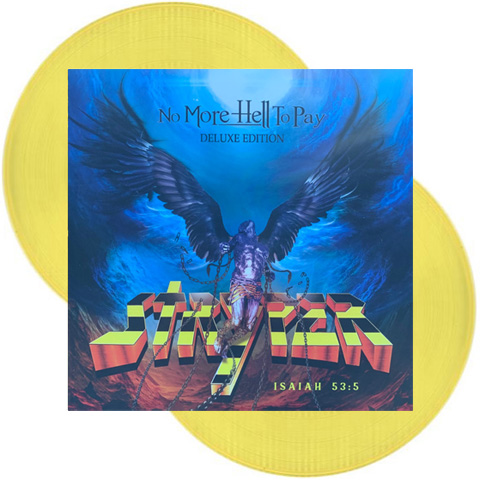 Stryper is one of the top Christian rock bands of all time. Comprised of the original line-up of Michael Sweet (vocals/guitar), Oz Fox (guitar), Tim Gaines (bass), and Robert Sweet (drums), Stryper has been rocking since 1984, and is responsible for such 80s metal classic albums as Soldiers Under Command, To Hell With The devil, In God We Trust and such MTV hit singles/videos as, Calling On You, Free and Honestly. After a sabbatical for much of the 1990s, Stryper returned strong in the early 21st century. No More Hell To Pay marks their 30 year anniversary and what a journey it has been! It’s their eleventh studio release and it’s quite possibly their best record to date. Why? It’s everything you might expect from a Stryper record – high octane vocals, layered vocal harmonies, guitar solos galore, driving drums and bass and an energy that hasn’t been achieved since their glory days. The message is equally as powerful as it offers hope and inspiration to anyone listening.