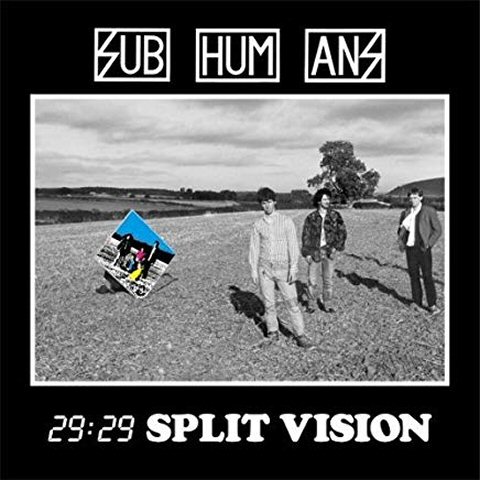 Perhaps the Subhuman’s most sophisticated release, 29:29 Split Vision has quite a variety of music for a band whose songs often all sound the same. The Subhumans even pull off a nearly eight-minute-long tune with a ska beat, “Worlds Apart.” “Walls of Silence” is a great, bouncy, almost danceable number, which covers the usual Subhumans’ themes of apathy, unity, and revolution. “Somebody’s Mother” also attacks apathy, and though the music is excellent, the lyrics are generic. (There were too many punk songs from England in the ’80s about how watching TV and reading tabloid newspapers are bad things.) The Subhumans, though quite eloquent compared to many other punk bands, often took on black-and-white issues. It’s not as if any of their fans would defend conformity or religious wars — subjects of a couple of their songs. An example of this is the song “Think for Yourself,” which basically makes an argument for thinking for yourself. But this tune rocks with its reverby guitar and singer Dick Lukas outraged yelping. As far as their music goes, 29:29 Split Vision (recorded after the band officially broke up) is probably their most mature work.