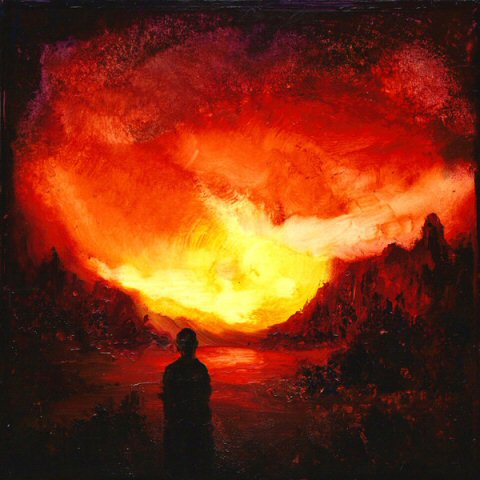 Subterranean Disposition ‎–Contagiuum And The Landscapes Of Failure cd

Melbourne, Australia-based Subterranean Disposition was founded by Terry Vainoras in 2011. Vainoras has decades of experience in music with other bands such as The Eternal, InSomnius Dei and currently Order of Chaos. To this point, Vainoras has released two albums as Subterranean Disposition, a 2012 self-titled album and this endeavour, Contagiuum And The Landscapes Of Failure. Contagiuum And The Landscapes Of Failure is a doom death album that brings many unconventional Heavy Metal instruments as well as guest appearances to further expand on the overall sound of the album. Vainoras is a wildly talented musician who, on top of guitar and bass duties, contributed a saxophone, varied vocal styles, and lyrics to the album. Vainoras recruited the drummer, Dan Nahum who has done work in a number of bands like Dead River Runs Dry and Bleakwood, as well as Gelareh Pour to play kamancheh, Qeychak Alto and contribute her lovely voice to the song “Embittered” and Daniel Lucas to contribute vocals throughout the album. What is most striking about the album is the refreshing amount of external influences that the album uses. There are psychedelic and folk-soaked tinges layered into the music as well as moments of jazz and Eastern World music compliments of Vainoras’s saxophone and Pour’s stringed instruments, respectively. There are many shining moments of this throughout the album. “Wooden Kimono Fixative”, for example, features a saxophone intro before ripping to brain-rattling Death-Doom. A personal favourite, and the earlier-noted, “Embittered”, features what might be the most Funeral Doom part of the album. The inclusion of Pour’s voice adds an element of sorrow and, at times, terror. It is an absolutely harrowing track that envelopes the listener in certain instances and jettisons them at other times, leaving the listener to wallow in despair or melancholia. The remaining duration of the album is fiercely diverse. “A Lifelong Slumber” and album closer, “Aggressors Clothed as Victims” showcase dynamic vocal arrangements and a bit more experimentation from Vainoras and his collective gang of guest musicians. It caps off a remarkably entertaining album. Overall, Contagiuum And The Landscapes Of Failure has culminated in one of the most refreshing and unique compositions that has surfaced in 2016.