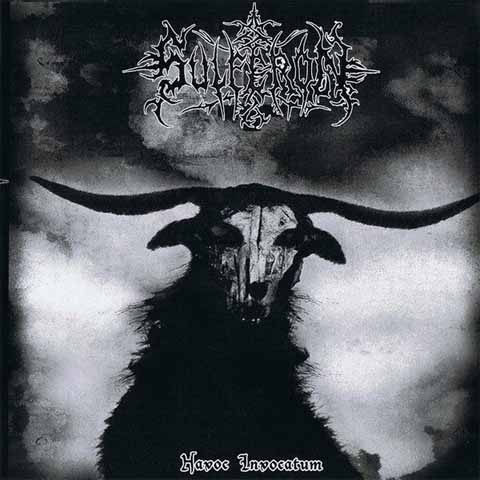 Black metal act Sulferon was founded in 2002 by Typhonas and Aborym , members of Impalement and Thanatosis, in Naousa of Greece. The band debuted with a demo cd called To Lords Below in 2002 and a mini album called Katares followed the year after. The first full length album Havoc Invocation was released in December of 2015 in a limited run of only 300 copies

Track list:
1. Awakened I Am
2. Thy Word Denied Yet Again
3. Havoc Invocatum
4. Skullcrushing Blackstorm
5. Equimanthorn-Bathory cover
6. The Day He Rises
7. By The Sign Of The Baphomet
8. Valley Of Bones
9. Ablaze In The Glory Of The Beast