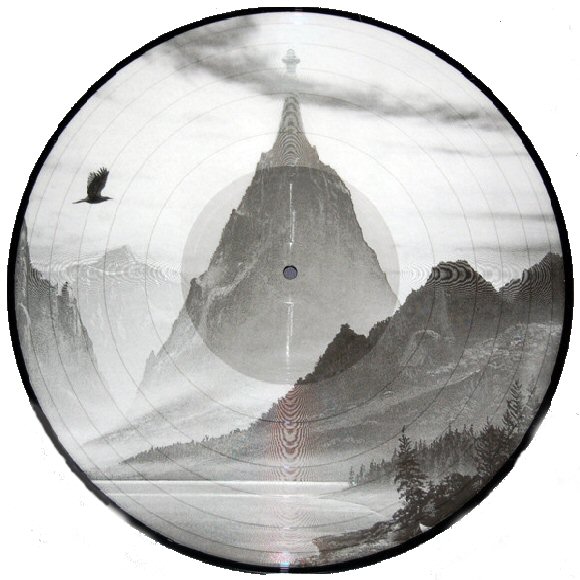 Lugburz is the first of Summoning’s albums, often considered a demo release, though in reality it is a full fledged album. Summoning on here create a style very much unlike anything else they’re done. The sound is much more of the Austrian black metal sound along the lines of Abigor. Meaning more complex melodic riffs tied together by a very neo-classical sense of writing. However Summoning on here are still much more minimal then Abigor, one can hear the roots of the minimal yet neo-classical feeling that they would continue on from Minas Morgul on. There are almost no keyboards on this album except the intro and a few sections on the album this is pretty much keyboard-less. But with the raw sound and production, it’s easy to understand why there’s really not much in the way of keyboard work here. If I were to compare this to anything it would be to the Black Funeral album Empire of Blood, except with a more epic and medievalist sense of atmosphere. Both albums have a necro sense of production, but on the other side of Transilvanian Hunger, this is necro with a lot of reverb to seemingly create a dark almost gothic atmosphere. Also both albums have riffs that would seemingly sound “happy” yet combined with the dark evil presence of mind the almost “happy” sound is submerged into the dark world Summoning (and Black Funeral on that album) desire to create. This is bleak and often quite evil black metal, and though very different from the rest of Summoning’s albums is still effective at creating the medieval Tolkien-ish world they have always desired to invoke. Not the best place to start for those new to Summoning, it is however an essential release to own for anyone who likes Summoning, for despite the differences in sound it is still Summoning, and that does mean quality and intensity.

Track listing:
1. Grey Heavens
2. Beyond Bloodred Horizons
3. Flight Of The Nazgul
4. Where Winters Forever Cry
5. Through The Valley Of The Frozen Kingdom
6. Raising With The Battle Orcs
7. Master Of The Old Lure
8. Between Light And Darkness
9. The Eternal Lands Of Fire
10. Dragons Of Time
11. Moondance