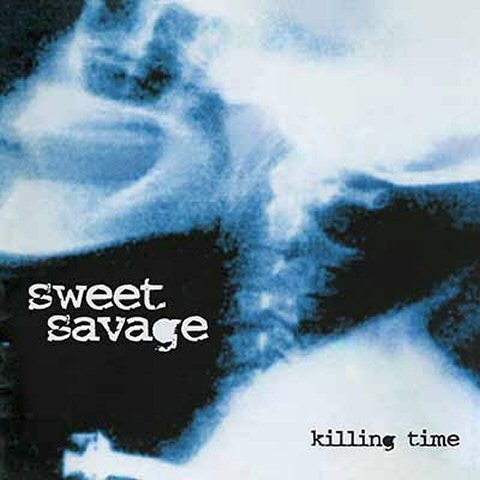 Ireland’s Sweet Savage was one hell of a band a long time ago. Two NWOBHM singles and a Friday Rock Show appearance that all put them in the league with the first generation Def Leppards, Iron Maiden, AngelWitch, Saxon, Witchfynde etc. Guitarist Viv Campbell was obviously talented, as he and the band ripped through “Eye Of The Storm”, “Prospector Of Greed”, the title track and the like. Sweet Savage never made it past the 7 inch single back in the day, but managed to create an almost legendary legacy to this day, with Metallica covering one of their tunes and Vivian going on to star in Dio, Whitesnake and them Def Leppard line-up. Thanks to Metallica the band noticed a renewed interest and the band reformed with Simon McBride taking Campbells place. They stick to their vintage set list so its good to have all of the classic Sweet Savage songs together on one disc, and McBride’s playing certainly doesn’t take anything away from the original style. The production is mostly crap, sounding digital, but the guitar is mixed way up front and you certainly get the idea that the rest of the band are playing their hearts out, even if it sounds a bit muddy. However, the new stuff is pretty traditional and tired. Even McBride’s scorching sound can’t save some of these retread Old – WOBHM tunes. So, NWOBHM freaks get this album and try to get the idea of what Belfast was back in 1979.