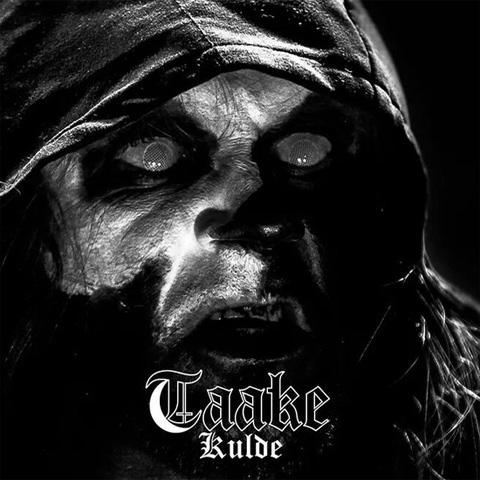 4-track EP only sold during the Kulde Tour. Limited to 700 copies

The near-inevitability of our favorite bands declining with age is something that we all see coming, but everyone deals with this unfortunate fact of life in different ways. Some embrace changes as interesting developments and better than that ever-haunting spectre of stagnation. Others choose to see bands overall career trajectories as climbing steadily skyward, each album an improvement upon the previous. Fanatics often argue that critics of recent works by well-loved bands are simply stuck in the past, unable to accept that the new material is just as good (or even better) than what came before. The more pragmatic and down-to-earth among us accept that, while new material may be weaker, it would be ludicrous to expect an aging band to continue to forever capture that youthful fire that made their early material so passionate in the first place. And, ever so rarely, the old guard actually do manage to release material at least on par with their masterworks from their long-past primes, these rare cases doing a great deal to fuel those varied reactions and keep even the most tired attempts at reigniting the vigour of youth as topics of much discussion and controversy. No matter how many failures one witnesses in this vein, those very few successes breed hope, and hope I had going into the Kulde EP, featuring the first taste from Taakes album Stridens Hus. Taake and Hoest has always been abit different. Taake albums have always rocked. Det Fins En Prins is a classic swagger-filled Taake through and through. That’s the really strange thing about all of this – no matter how hard the band tries to be this big, bombastic blackened rock band, it almost seems like they’re forcing it and that they can’t help but just play Taake songs. Chill ice winds will slice through the blandest Queens of the Stone Age desert rock stomp chords and tracks will take a knife-edge turn back to Hordaland. Det Fins En Prins has a wah-wah bass solo that fits into the wintry surroundings shockingly well. Those forced-sounding elements abound, no matter how much it seems like the band wants to slip back into their glorious comfort zone. The rhythm section is a good barometer of this effect; while the greatest material in the band’s back catalogue certainly featured stand-out bass and drum work, here whenever either instrument comes to the foreground to get a bit more playful it feels like the attempt is being made to have those instruments stand out, rather than having them stand out as a natural consequence of their brilliant integration into the music. This EP also features an exclusive track called, Stridens Hus and a The Cure cover and a re-recording of an old Taake track. Overall it is of course worth the money