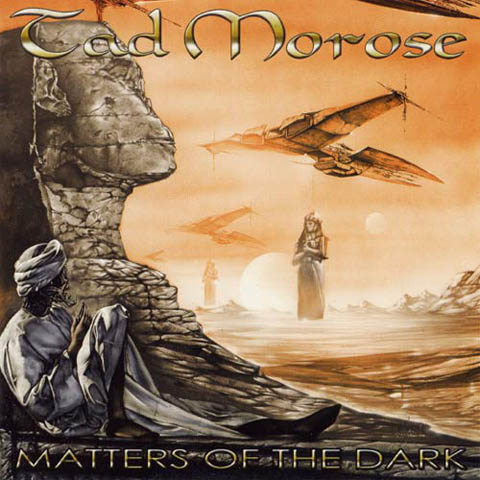 Sounding all the world like the soundtrack to an 80s horror film, Tad Morose’s Matters Of The Dark has that ending credits style of metal down to a science. Unfortunately, there are no Freddy Krueger films anymore for this to get any mainstream exposure, so power metal has retreated to the metal underground, where it continues to fester and burn with little support outside of their tight and loyal fan base. The true shame of its disappearance is that despite all the grandiose atmosphere and occasionally goofy lyrics, Tad Morose is one of the finest groups to ever work in the genre. “Ethereal Soul” could have easily been a huge Headbanger’s Ball hit back in the day, it is as close to pop music as it can get and ranks with Helloween’s “I Want Out” or Dokken’s “Dream Warriors” as excellent power metal anthems. The songs are catchy, the approach is respectable, and there isn’t some weird concept holding it all together that can take away from the headbanging. The CD also comes with a bonus disc filled with music from various other like-minded artists on Century Media, although none of them are as impressive as Tad Morose, who also appears on the bonus disc. This whole package is a wonderful example of the genre’s brightest talents at the turn of the century, and Tad Morose shines brighter than any of the rest with this shockingly great album. Metalheads should definitely give this a listen; it is truly one of the high water marks in the power metal genre, and it goes to show how a form of music that seems dead to the mainstream can continue to thrive without exposure.