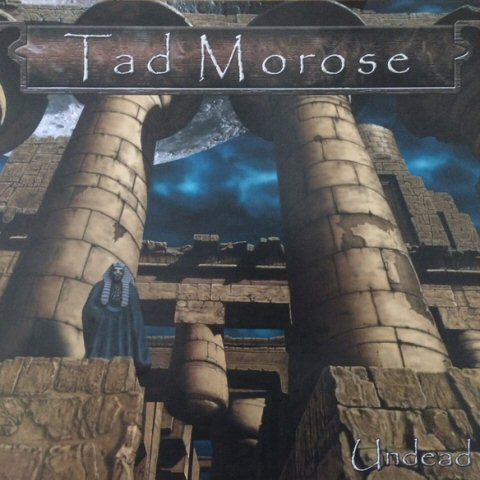 The stars all seemed to be in perfect alignment for Sweden’s Tad Morose when they released their 2000 album ‘Undead’. They had a powerful new vocalist in Urban Breed, who joined the band with their 1997 release ‘A Mended Rhyme’, they moved from Black Mark to major label (at least in the metal world) Century Media, and the power metal scene was experiencing a revival in popularity. How did Tad Morose capitalize on these developments? By taking their sound to a higher plateau and releasing what at the time was their best album. The vaguely doomy progressive metal sound of earlier Tad Morose albums was replaced with an aggressive, slightly dark, slightly progressive, power metal style that drew heavily from Iron Maiden and Savatage. Coming at a time when so many other power metal bands were doing their best to sound exactly like Helloween, this dynamic style set Tad Morose apart from the pack. ‘Undead’ is very heavy, very melodic, and full of hard charging metal anthems. The songs ‘Another Time Around’ and ‘Corporate Masters’ are probably the best tracks on ‘Undead’, but there really isn’t a weak moment. Christer Krunt Andersson is a fantastic guitarist, and he proves here that his talents definitely shine in a power metal setting. Urban Breed’s vocal performance is the perfect counterpart to Andersson’s thunderous riffs. This is where he began to establish himself as one of the best vocalists in metal. This is definitely something for those looking for something that doesn’t always follow the formulaic approach. It should especially appeal to fans of Savatage, Brainstorm, Symphorce, Thunderstone, and to a lesser extent Evergrey. The best part is that as good as this album is, the band got even better with their next two releases.