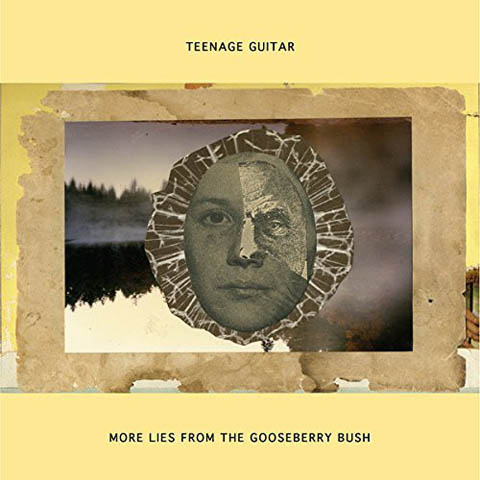 The history of Guided By Voices has made clear the band is really Robert Pollard and whoever else he decides is part of the line-up at any given moment, so what is it that truly separates Guided By Voices from Pollard’s many solo projects and side vehicles? Pollard has unwittingly given us the definitive answer to this question with Teenage Guitar, in which Pollard not only writes and sings the songs, as usual, but plays all the instruments himself. On the second Teenage Guitar album, 2014’s More Lies From The Gooseberry Bush, Pollard reveals he has a band to do the work he can’t and/or shouldn’t do himself — namely playing guitar, bass, keyboards, or percussion instruments. If you miss the chaotic lo-fi attack of Guided By Voices earliest work, you might find things to like in More Lies From The Gooseberry Bush, but most of the time, this sounds like a set of rough demos, with two important differences — one, on an actual demo, Pollard would be less likely to decide he needed to play drums, and two, only Pollard’s bandmates would be expected to listen to his demos. In terms of songcraft, More Lies From The Gooseberry Bush is on a par with the average non-Guided By Voices Pollard effort, though this leans to the more elemental end of Pollard’s musical spectrum. But the performances make it clear poor Bob lacks the technical expertise of the average kid in a garage band, and while Guided By Voices was never about chops, there’s a difference between inspired ineptitude and, well, ineptitude. Simply put, Robert Pollard may be a great songwriter and a wildly entertaining frontman, but there are compelling reasons why he had a band of for-real musicians rather than working as a solo act, and More Lies From The Gooseberry Bush is a worse-case-scenario example of the consequences of following the latter path. Only the most obsessive Pollard completists need to pick this up.