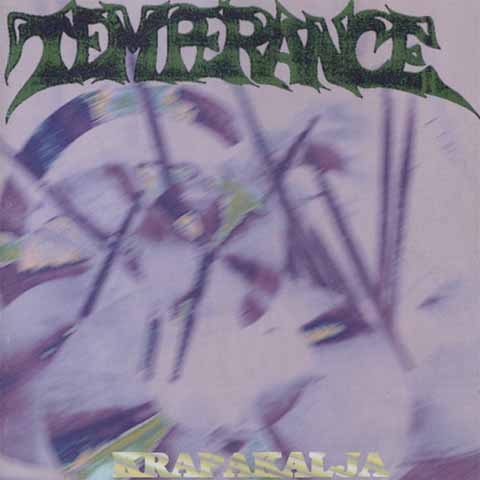 Swedish death thrash and even doom metal act that were formed in Vaxjo in 1991. Their debut demo Hypnoparatized was released in 1992 and after some more demos, EPs it was finally time to release their one and only studio album, Krapakalja. This album was recorded and mixed during 7 days in January of 1995. It was then released in a limited run of 1000 copies in November of 1995. Krapakalja is album full of innovation and originality. Its strange to say that a band actually mixes doom and thrash as it sounds impossible when they are polar opposites. Thrash is supposed to be fast and violent, while Doom is slow and steady. Temperance does a great job of moving from slow, yet powerful riffs to some surprisingly original thrash riffs, and in that, managing to go from clean, to raspy, to growling vocals. Just check out the title track for example as it includes all of the mentioned styles. Its quite abstract with the tempo and melodies and the singer has a noticeably thick accent, but honestly it adds to the theme and feeling of the song. It gives a more doomed seeming atmosphere. Sometimes with Thrash albums, all the songs start to sound the same, or get boring. Krapakalja manages to break that repetitiveness with it’s very noticeable and awesome doom riffs. While the death growl does not appear on this album as much as I would like, it still comes in at great points, giving the songs even heavier sounds. I would recommend this to any thrash fan, and any death metal fan. Hell, I’ll recommend this to any metal fan in general. This is a fantastic album.