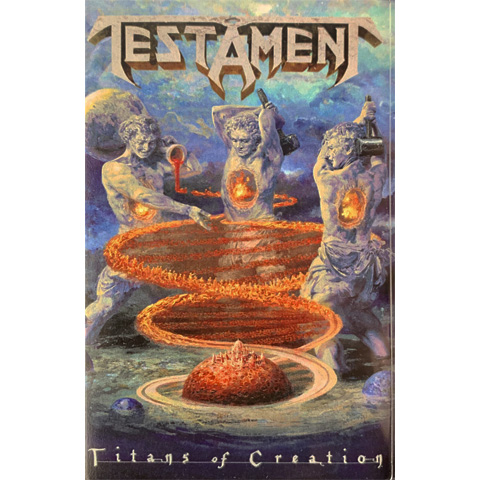 In 2020 Testament released their thirteenth studio album: Titans Of Creation. Just as the elements of this planet thrive within all living creatures, each musician in Testament represents a necessary component of this musical endeavour. Titans Of Creation is loyal to the roots of traditional thrash metal while still bringing alluring, brilliant, and progressive ingredients to the table. Whether it was the band’s intention going in or not, I feel that “Titans of Creation” represents all periods of the band quite nicely. Alex Skolnick delivers some of his best leads on this album, Gene Hoglan does his usual intricate yet pummeling work on drums, and Chuck Billy sounds better than ever. Eric Peterson continues to be one of the most underrated rhythm guitarists and songwriters in metal. Titans Of Creation shows that Testament can be just as fast, furious and brutal like back in the old days. A must have album