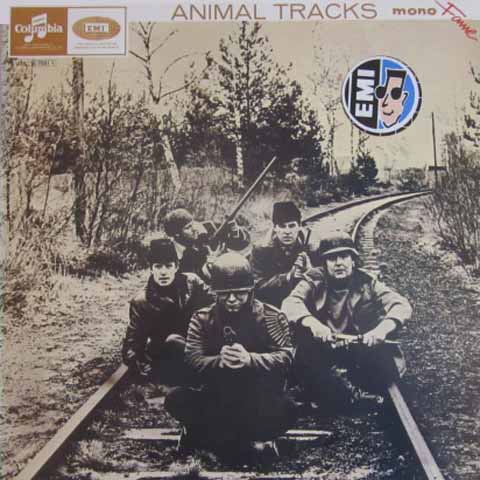 The Animals second British album, recorded just before Alan Price exited the line-up, displays far more energy and confidence than its predecessor, and it’s fascinating to speculate where they might’ve gone had the original line-up held together. There are a few lightweight tunes here, such as Let the Good Times Roll and the rollicking opener, Mess Around, that capture the Animals loosening up and having fun, but much of Animal Tracks is pretty intense R&B-based rock. How You’ve Changed is a reflective, downbeat Chuck Berry number that Eric Burdon turns into a dark romantic confessional/inquisition, matched by Hilton Valentine’s chopped out, crunchy lead work over the break, while Alan Price does his best to impersonate Johnnie Johnson. The group doesn’t do as well with their cover of Billy Boy Arnold’s I Ain’t Got You as the Yardbirds did with the same number, treating it in a little too upbeat a fashion, and Hilton Valentine and Alan Price failing to add very much that’s interesting to the break (especially in comparison to Eric Clapton’s solo on the Yardbirds’ version). Roberta, by contrast, is a great rock n roll number, and their version of Bright Lights, Big City, sparked by Burdon’s surging, angry performance and Price’s hard-driving organ solo. Price’s playing opens what is easily the best blues cut on the album, Worried Life Blues, where Hilton Valentine steps out in front for his most prominent guitar solo in the early history of the band, backed by Price’s surging organ. Burdon and company also excel on a pair of Ray Charles covers, turning in a jauntily cheerful, euphoric performance of Hallelujah I Love Her So, his jubilation matched by Price’s ebullient organ work; and a slow, pain-racked performance by Burdon and company on the slow blues I Believe To My Soul, arguably — along with Worried Life Blues — the singer’s best performance on either of the group’s early long-players, and matched by Price’s quick-fingered yet equally ominous piano playing.