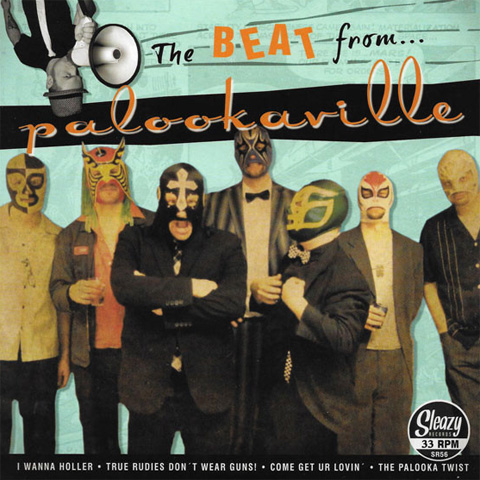 Rare 2013 single. Signed on the back cover

The Beat From Palookaville is a Swedish band, hailing from Stockholm, that combine the Rhythm and blues with early rock n roll and hipnotic Ska music. The band has been around since the late 90s but their debut album, Numbero Uno, didnt see the light of day until 2011. Then things started to roll for the band and albums two and three Come Get Ur Lovin and Ska Bonanza followed within the next five years. I Wanna Holler was the band first vinyl single and it was released on a Spanish label back in 2013. No matter if youre into pure Cuban Ska rhythms, R&B or primitive rock n roll youll find it all in the fusion music that is The Beat From Palookaville.