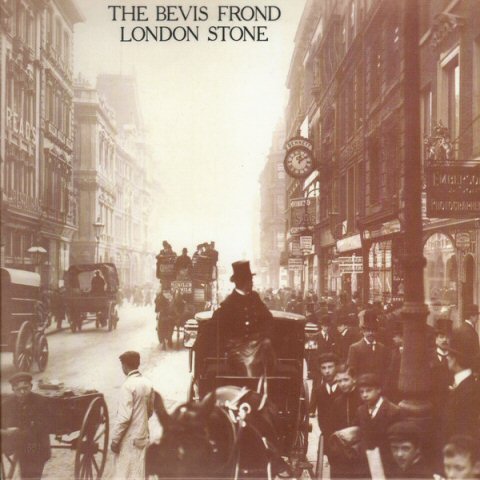 2016 re-issue in digipak with 6 bonus tracks

If you were to take any three albums by the Bevis Frond and reshuffle the tracks, you could easily come up with two albums of brilliant material and one album that shouldn’t be released. One of those discs would be tough, hard-rocking, and poetic, the other wistfully bleak electric folk. The third release, the one that would never see the light of day, would be derivative psychedelia that shows promise but never quite delivers. The good news is that London Stone would have a lot of selections on the first two albums and only one or two tracks for the third. Among the hard-rocking highlights are the organ-driven “Still Trying” and the incredible “Coming Round,” which ranks with the best up-tempo tracks Nick Saloman has ever laid down. It’s hard to imagine that both parts of that sinuous, muscular guitar duel were played by the same guy, who is also tossing in the tasty bass work, but that’s the genius of Saloman in the studio. “And Now She’s Gone” approaches the same level of emotional impact in a more straightforward way, with punk rock intensity and lyrical simplicity carried by Saloman’s expressive voice. There are one or two highlights from the sensitive, folk-driven side of the Bevis Frond too, notably “Lord of Nothing” and the unusually empathetic “On a Liquid Wheel.” It’s hard to figure the exact nature of the title metaphor in this story of a merry has-been, but listeners don’t really need to know. What matters is that it’s a lively and compassionate character study and a great piece of music, one of several highlights in an album with lots of them to go around.