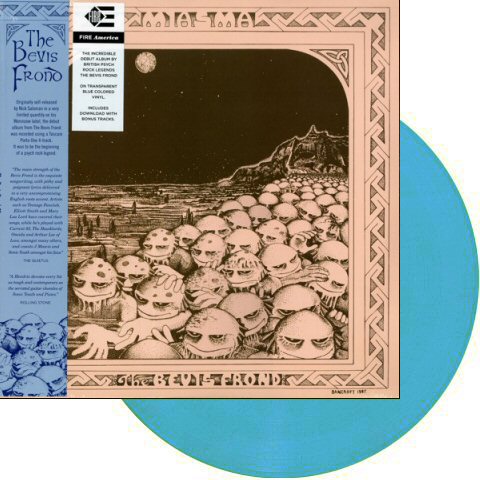 The fact that Nick Saloman’s debut record sounds as good as it does — especially given this was before the era of cheap and easy home recording equipment — is testimony to his abilities to bring an intense, determined focus to his work. Thankfully his song writing and playing matches his technical ear, and Miasma still sounds good years after its initial emergence. So much of what would become mainstays of Bevis Frond music — Saloman’s hangdog, expressive voice, his tape-melting solos, and overall focus on keeping the psychedelic freak-out spirit alive — was already perfectly in place. There are shorter diversions here and there, such as “The Earl Of Walthanstowe,” a brief, folky snippet which tips its hat to his earlier acoustic incarnation, and the jokey, murky sing-along “Release Yourself.” As a one-man band he’s able to cover all bases quite well — if he was just a drummer, he’d have a considerable reputation for that alone. But it’s as a guitarist that he’s most well-known, and deservedly so, throwing himself into rock-god riffs and explorations that in lesser hands could easily just be wankery. Nothing sounds extraneous here, though — it’s all about creating and setting the mood. “Wild Mind” demonstrates that well enough, his double-tracked work going all over the place before fading away only to return as “Wild Afterthought.” There it’s nothing but guitar, in this case, it’s a single track piece that’s flat-out amazing, worthy of comparison to Jimi Hendrix’s exorcisms without sounding like it. Elsewhere there’s such worthies as the full-on fuzz love of “The Newgate Wind” and the calmer, keyboard-accompanied grooviness that’s “Ride The Train Of Thought.”