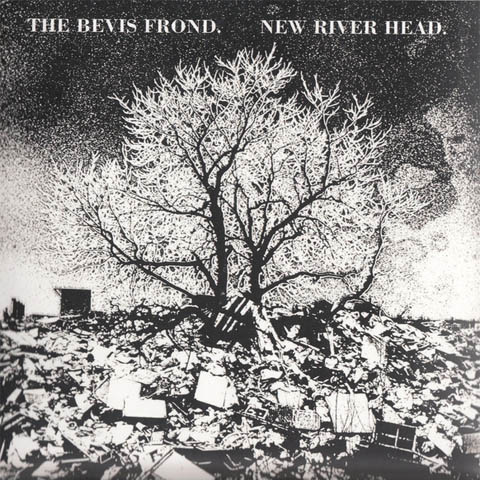 Though Nick Saloman can never be said to necessarily, or at least obviously, progress from release to release, he does have a knack for ensuring that each Bevis Frond album has something interesting. It’s when he puts everything together to create a consistently strong record that notice is due, and Frond’s 1991 effort stands out in that regard. His slightly mournful, weary vocals remain unchanged, as does the general feeling of pop/psych-rock with jamming tendencies. The core duo of Martin Crowley on drums and Saloman on everything else also continues, supplemented by a variety of guest performers. There’s just that little something more here, though, that marks New River Head as a good starting point for anyone interesting in discovering more about the Frond. The first couple of songs are mostly Saloman-by-the-numbers, but then he hits a great winning streak, starting with “Waving,” a gentle folk ballad which adds a violin for an effect that’s just melancholy enough and results in an honestly heart-catching little track. Following that is the title song, a strong feedback crunch that welds Saloman’s ear for a good hook with his considerable playing abilities well. The disc continues in the same, fine general vein from that point on, ranging from the Byrds-inflected guitar chime of “He’d Be a Diamond” to the soft, then shroomy, head-nodding “Stain on the Sun.” The standout is “The Miskatonic Variations II,” a nearly 17-minute ambient-to-full-blown-noise jam recorded with a guest bassist, guitarist, and sax player, not to mention Current 93’s lead figure, David Tibet, adding some chants on top of it all. Throw in a variety of other niceties here and there, like the brief garage-rock blasts “Undertaker” and “Chinese Burn,” and New River Head winds up being a slice of Frond at his high-powered best.