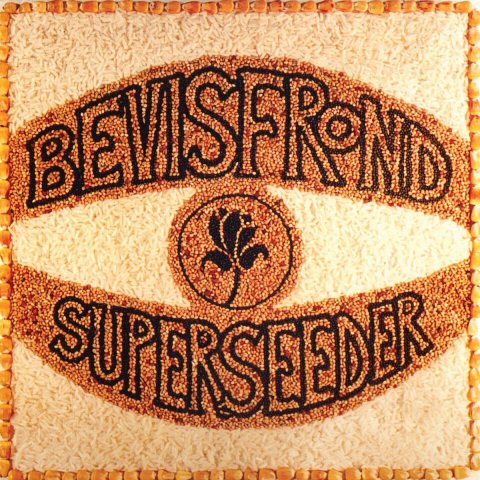 “Another year, another album” yawn the liner notes of 1995’s Superseeder, a hint that perhaps Nick Saloman was growing tired of the Bevis Frond’s work schedule. There’s little hint of that on the album itself, though; from the spiralling, Eastern-influenced opener “Superceded” onwards, this is one of the Bevis Frond’s strongest collections. Recorded with the rhythm section of Adrian Shaw and Andy Ward (guest Bari Watts adds a second lead guitar to two tracks, most notably the wild “I Can’t Cry”), Superseeder marks a temporary return to the sort of extended raga-like acid rock workout that typified early Bevis Frond releases; the difference is that with a proper rhythm section pushing things along instead of Saloman overdubbing himself on various instruments, there’s a much greater sense of interplay on tracks like the nearly 17-minute workout “House of Mountains.” The album’s high point is the hilarious “Sue Me,” with Saloman singing mocking lines about being “the most psychedelic-est of them all” to a backing track that could fit on Electric Ladyland. The garage-punky “Dolly Bug,” one of Saloman’s most concise pop songs, is another goody, but really, the whole album is excellent.