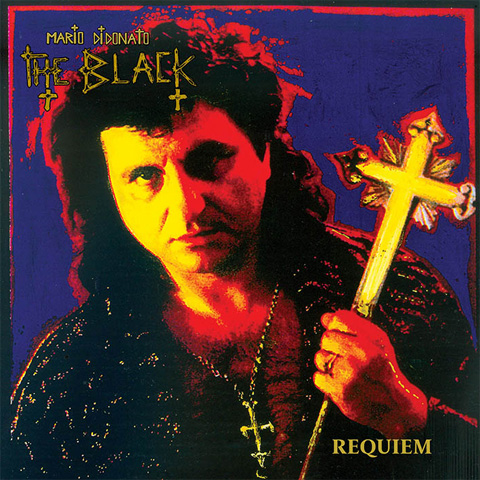 After 3 decades of his unique brand The Black, one of the most important Italian Heavy Doom bands, Mario Di Donato published the album Requiem. The Black was founded by Mario Di Donato back in 1988 and he is a multitalent artists that not only write all the music and lyrics but he also paints all the bands album covers. The Black was been branded doom metal in their early years but their music is much broader than that. Its mystic and artistic and performed in Latin, as Mario always has had a fascination about blending rock and art together. The creativity of an artist like Di Donato seems unstoppable and his 2018 album, Requiem, is his 10th album under the name The Black. Requiem is true to Marios vision and has some vibrating groove where Mario’s guitar playing is even more personal than before. Its irregular but also exciting and blend this with his Latin voice that expresses both hope and fear when he sings about the crepuscular visions he sees and about touching the sun, death and the afterlife. This sounds like heavy stuff but the music might no go into the doom territory anymore still it has some epic melodies that still can amaze and shock the listeners.