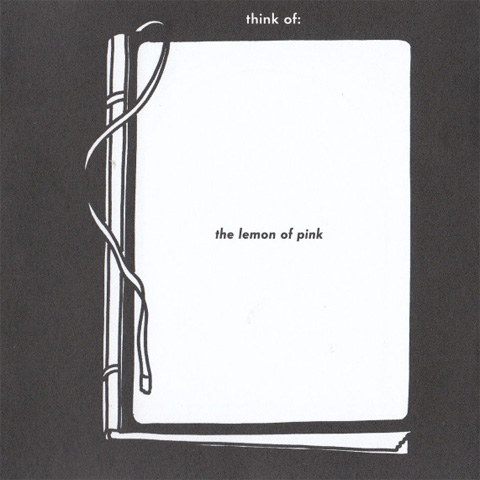 Like 2002’s Thought For Food, The Lemon Of Pink combines experimental collage technique with an organic, folky mixture of banjo, guitar, violin, simple vocal melodies, and snippets of conversation. The collage technique snaps like that of the United States of America, but is used to introduce glitches in the melodic elements, whereas the U.S.A. attempted to subvert the tradition of the pop form. The title track’s straightforward, melancholic phrasing and subtle string accompaniment are not unlike Cat Power’s work with the Dirty Three, mostly due to Anne Doerner’s lovely vocals, or the more ambitiously pop elements of Chicago post-rock. The song sprawls into a low-intensity instrumental collage where silence and elements of timbre cut through the melody to create glitches in an otherwise tranquil environment. The sample for sample’s sake kitsch that has dragged down quite a few artists is not a problem here — wonderfully wrought clips like the welcoming voice on Tokyo make the rhythm of speaking into a fetish, toying with it, breaking it, and building it back. This is also used, less effectively, on tracks like Take Time, where a simple phrase becomes an unphased minimalist backdrop for experimentation. It isn’t often that one finds an American artist with such a mastery of collage technique and a desire to incorporate traditional folk instruments and melodies. Like the Notwist or Badly Drawn Boy, The Books open up territory for relaxed electro-acoustic listening without compromising their creative process. Overall a lovely recording for fans into experimental leftfield folk rock