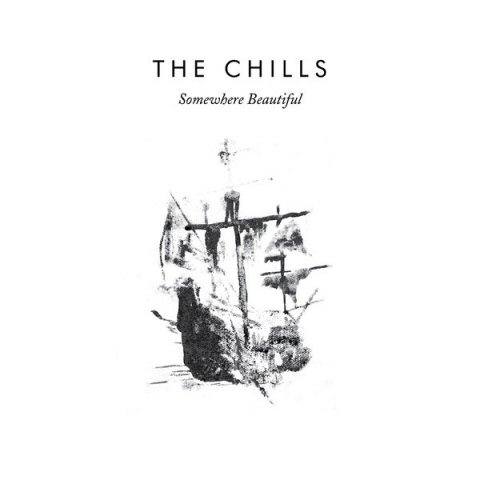 Led by bandleader/guitarist/songwriter/sole constant member Martin Phillipps, the mercurial New Zealand indie pop group the Chills has soldiered sporadically through more than three decades, resurfacing seemingly at random with new music, a one-off performance, or a brand-new lineup performing the group’s classic Flying Nun material. Somewhere Beautiful is a perfect expression of the Chills’ somewhat touch-and-go existence. A lengthy live recording captured at a private New Year’s Eve party as 2011 turned into 2012, Somewhere Beautiful is a remarkably well-recorded document of the Chills running through 20 songs from their entire catalog, and materialized a few months after the release of their 2013 digital-only track “Molten Gold,” the first song under the Chills name since 2004’s mini-album Stand By. The crowd favorites from the group’s earliest days are standouts in the set, with tracks like opening number “Night of Chill Blue” and the uniquely creepy “Pink Frost” retaining as much of their rough-edged energy as the original studio versions. Throughout the epic set (which seems to have been played to less than 50 people from the minimal amount of cheering and banter between songs), Phillipps and the umpteenth update to his backing band maintain an air of autumnal detachment and sinister cool, true to their best moments even though the performance happened so deep into their career. Fans and completists will be amazed to hear such strong renditions of old tunes like “Heavenly Pop Hit” and “Rolling Moon,” and even lesser-known songs come off with a similar power as their best work through the lens of this spirited live set.