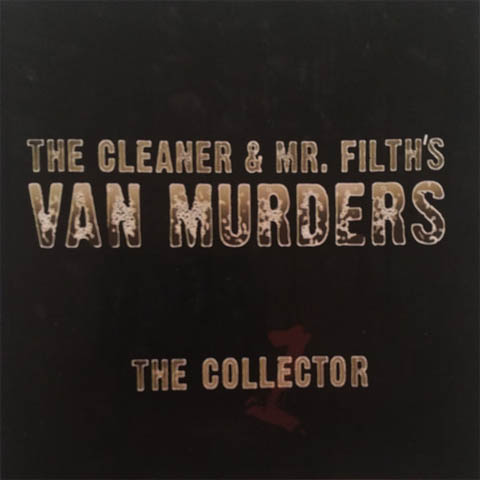 In 2011 Ribspreader released their fourth album, The Van Murders, a concept album album about two killers named The Cleaner and Mr Filth. In 2018 there were a Van Murders Part 2 story by the same band. Then the story and concept grew and like with most things Rogga loves it has a tendency to spiral out of control. As obsessed as he is with death metal just as obsessed he got with this story and new tracks and ideas was penned on almost on a daily basis. Not many musicians can keep up with the speed of Rogga so instead of sitting around waiting for the rest of the members of Ribspreader to have time, he turned the two characters into a new solo act simply named The Cleaner And Mr. Filths Van Murders. December of 2018 saw the release of the first 4 digital tracks and that was followed by 4 news tracks every week! Yes thats how fast it all went. The Collector album features chosen tracks from those digital releases as well as two previously unreleased tracks. With this project you can dwelve deeper into the story and history of the two killers all to the music of old school death metal with a massive keyboard work to help set the tone of the story. The only main problem is that the album is only released in such a limited run that most fans probably will miss out on this one. Dont do a mistake and wait to long. Grab this while you can.