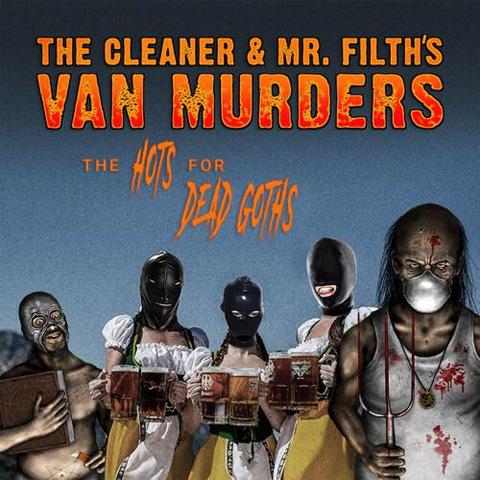 In 2011 Ribspreader released their fourth album, The Van Murders, a concept album album about two killers named The Cleaner and Mr Filth. In 2018 there were a Van Murders Part 2 story by the same band. Then the story and concept grew, and like with most things Rogga loves it has a tendency to spiral out of control. As obsessed as he is with death metal just as obsessed he got with this story and new tracks and ideas was penned on almost on a daily basis. Not many musicians can keep up with the speed of Rogga so instead of sitting around waiting for the rest of the members of Ribspreader to have time, he turned the two characters into a new solo act simply named The Cleaner And Mr. Filths Van Murders. So did the world actually needed a new Rogga project? And if you want an attack fo pure and sick noise then the answer is yes. The Hots For Dead Goths never gives the listener time to recover from the constant onslaught of heavy death metal riffage, grinding blasts, punkish d-beat attacks and inhuman breakdowns. Their raw energy and in-your-face attitude coupled with an incontestably skillful execution will appeal to both the die-hard fans of old school death metal and grindcore like Carcass or Napalm Death as well as appreciators of contemporary extreme metal and hardcore bands like Converge and Full Of Hell.