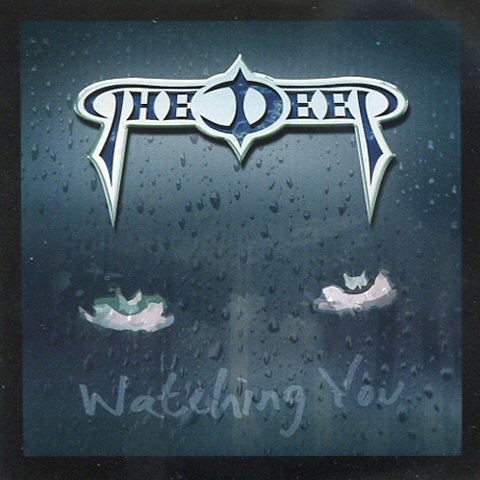 The Deep –Watching You mcd

Never heard of The Deep? Well its a comparatively new name but the roots of the band goes way back to the early eighties. In fact the band and its members have connections to various NWOBHM and rock outfits from that time; Tytan, Janine, Strutt and Deep Machine to name a few. Their debut album Premonition was a private pressed cd released back in 2015 that featured material that were written and performed in the early to mid 1980s and finally got recorded in proper studio. This 2019 release, Watching You, is another private pressed cd. Released as an EP but with a generous playing time of 40 minutes its hard to actually label it as an EP. So this crammed pack release comes with four new songs and four live songs from the British Steel festival in Fisme, France in October 2016. The four live songs are all taken from the 2015 album. And if you have that album then you know how good these tracks are and with band members that have been on stage since the dawn of heavy metal it obvious sounds really tight. So how can we compare the new tracks to the ones released in 2015 that all were written back in the early 80s. Well really well i must say. Its not question were this band comes from. Their musical roots lies heavily in the history of the band members so fans of NWOBHM that love strong melodies should check this one out. If you think of Tygers Of Pan Tang around the Spellbound era or the classic Praying Mantis album then you might get a hint of what The Deep sounds like. Well worth checking out