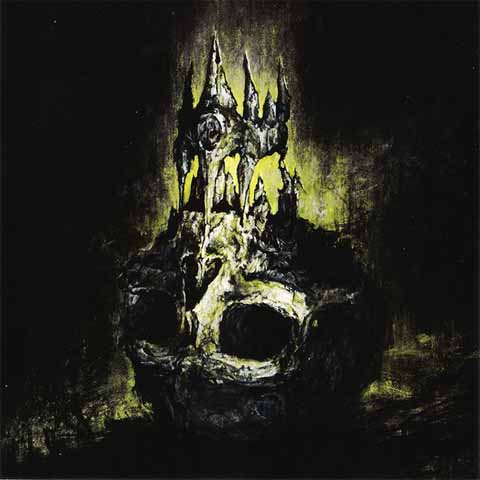 For The Devil Wears Prada’s fourth album, Dead Throne, the Christian metalcore six-piece is at its most technical and most brutal. Mike Hranica is a vocal beast, alternating between banshee screams and a Cookie Monster growl, while the rest of the members deliver muscular drop-D power chords, bottom-heavy bass riffs, and ferocious drumming. Sonically, the tone is equally massive. New producer Adam Dutkiewicz (Killswitch Engage, Times of Grace) intensifies things by crushing the frequencies to a damaged maximum. Then, the producer of the group’s back catalog, Joey Sturgis, was brought back on board to emphasize James Baney’s spine-chilling keyboard orchestration and add some digital touches in the way of vocal effects and choppy ambient sound bursts. Ultimately, Dead Throne is a multi-segmented 40-minute detonation. The songs are shorter and easier to differentiate than on earlier outings, but still run together — as they commonly do in technical metalcore and European symphonic metal. Segments are marked by a heavy breakdown, a burst of shredding, a sudden tempo shift, or a switch to the main melodic component, Jeremy DePoyster’s emo-inflected voice. As a bonus, As I Lay Dying frontman Tim Lambesis makes a guest appearance and roars back and forth with Hranica on “Constance,” one of Dead Throne’s most powerful moments. But then again, picking a highlight is futile when an album is this merciless.