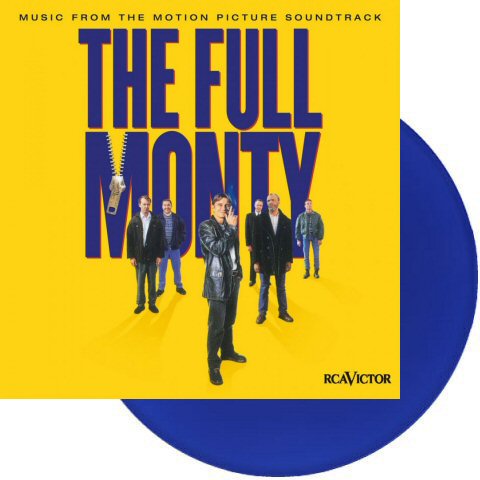 The Full Monty is a 1997 British comedy-drama film directed by Peter Cattaneo, starring Robert Carlyle, Mark Addy, William Snape, Steve Huison, Tom Wilkinson, Paul Barber and Hugo Speer. The film tells the story of six unemployed men, four of them former steel workers, who decide to form a male striptease act (a’la Chippendale dancers) in order to gather enough money to get somewhere else and for main character, Gaz, to be able to see his son. Gaz declares that their show will be better than the Chippendales dancers because they will go the full monty strip all the way, hence the film’s title. Despite being a comedy, the film also touches on serious subjects such as unemployment, fathers’ rights, depression, impotence, homosexuality, body image, working class culture and suicide. The Full Monty was a major critical success upon release and an unexpected international commercial success, grossing over $250 million from a budget of only $3.5 million. It was the highest-grossing film in the UK until it was outsold by Titanic. It was nominated for Academy Awards for Best Picture, Best Director, Best Original Screenplay and Best Original Music Score, winning the last. The film was later adapted into a musical in 2000 and a play in 2013. For the first time in 20 years, the soundtrack of The Full Monty is now available on vinyl. The package includes a 4 page booklet with pics and credits and a copy of the original movie poster.

Track list:
1. David Lindup -The Zodiac
2. Hot Chocolate -You Sexy Thing
3. Tom Jones -You Can Leave Your Hat On
4. M People -Moving On Up
5. Steve Harley And Cockney Rebel -Make Me Smile (Come Up And See Me)
6. Anne Dudley -The Full Monty
7. Anne Dudley -The Lunchbox Has Landed
8. Wilson Pickett -Land Of A 1000 Dances
9. Gary Glitter -Rock And Roll, Part 2
10. Donna Summer -Hot Stuff
11. Sister Sledge -We Are Family
12. Irene Cara -Flashdance…What A Feeling ’95
13. Joe Loss And His Orchestra -The Stripper