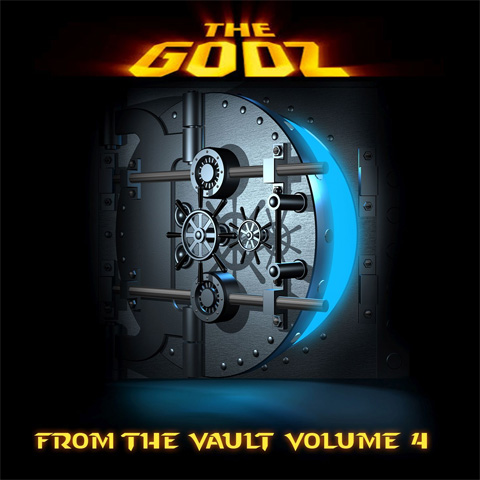 The Godz -From The Vault Volume 4 cd

The Godz was being marketed to the masses as a heavier version of Kiss without the make-up. And it seemed to be working. In the fall of 1977, The Godz embarked on a seventeen month tour, which yielded many sold out capacity shows in 6,000 plus seat halls. It all started that year with the Angel And Godz: A Match Made In Heaven Tour where Eric and Company opened up for Angel (featuring Greg Giuffria). Things were looking up for the band as they got ready to record their second album, Nothing Is Sacred. But it was just not meant to be. Changing personel, label structure, and a motorcycle sidelined the band for much of 1979. When they were able to forge forward to support the second album, the band put there all into their shows, often stealing away the audience from the headliner. They held opening slots for Kansas, Iggy Pop, Blue Oyster Cult, Frank Marino and Mahogany Rush, and numerous other notable bands. The Godz found themselves with little label support as their counterparts Kiss started to build momentum requiring more of the labels resources. With the lack of label support, frustrations amongst the band members, and eventually the resigning of some of the band members, The Godz would officially cease to exist in late 1980 but you cant keep a good thing down and the Godz would eventually reform. The Godz’s lead singer Eric Moore passed away after a battle with bladder cancer in 2019 at the age of 67. Among his last projets were the From The Vault series where fans of the band could hear rare recordings and sessions from Eric Moore and his bands. This 4th and the last? album in the Vault series dives back in where the previous editions left off and contains another batch of rare recordings. Eric even took the time to include liner note commentary for each song to this one. A must have item for any fan of the band.