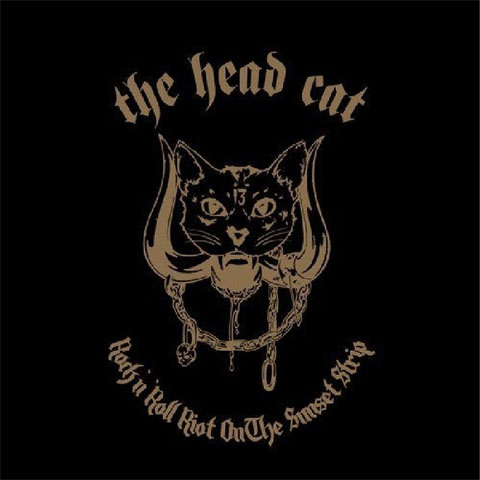 While Lemmy Kilmister was best known as an innovator in heavy metal with his over the top band Motörhead, he was around to witness the early days of rock & roll. The Head Cat was a side project that allowed Lemmy to indulge his passion for rockabilly and first-era rock. The Head Cat featured Lemmy on bass, guitars, and vocals; Slim Jim Phantom of the Stray Cats on drums and vocals; and Danny B. Harvey of the Rockats and the Lonesome Spurs on guitar, bass, and keys. The trio came together when Lemmy was invited to contribute guitar and vocals for the 2000 album A Special Tribute to Elvis by Phantom and Harvey’s group the Swing Cats. After cutting a version of “Good Rockin’ Tonight,” Lemmy picked up a guitar and began jamming on some classic Eddie Cochran tunes. Phantom and Harvey quickly joined in, and the three felt the chemistry was right and they should cut an album of their own. The band played occasional live dates when their schedules permitted, and a 2004 show at the Cat Club in California on the 13th of January was recorded for this live album, Rockin The Cat Club.