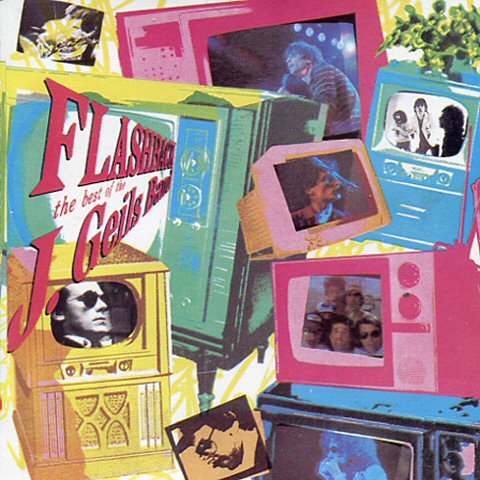 The J. Geils Band ‎–Flashback The Best Of cd

Original US pressing without barcode on backcover

Featuring a hodgepodge of material taken from the band’s three biggest career selling records (all on EMI), Flashback is an all too brief ten-track affair which includes a handful of classics like “Love Stinks,” “Centerfold,” “Freeze Frame,” and a couple of other essential J. Geils Band “deep” cuts like “Flamethrower” and the terrific “Just Can’t Wait.” Incomprehensibly, other essentials like “Sanctuary,” “Teresa,” “Just Can’t Stop Me,” “Nightime,” and even the hilarious “Piss on the Wall” (not so essential) are nowhere to be found. Glancing over the track listing, it’s obvious that EMI spent next to no time putting together this compilation and decided to issue it as some sort of contractual obligation (even though Peter Wolf would continue to release solo records for the label in years to come) or perhaps as a forgone catalog piece. And that’s too bad. It sure would have been nice to hear the live version of “Love Stinks” from Showtime (which is introduced by Wolf’s now legendary, “Adam and Eve were smoking weed in the Garden of Eden” rap) or perhaps some other un-released live gems from the band’s Freeze Frame tour — their biggest outing ever. Wisely, the label chose to completely shun the band’s god-awful post-Peter Wolf release You’re Getting Even While I’m Getting I’m Getting Odd.