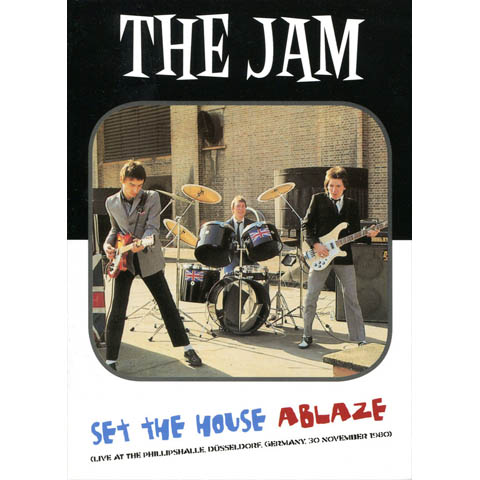 First-wave mod punks led by Paul Weller, who began as energetic Who clones but quickly became a distinct and proudly British combo. Set The House Ablaze is an extraordinarily generous visual treat of The Jam live with a full concert from The PhillipsHalle in Dusseldorf, Germany on the 30th of November 1980, and it may well be even better than the group live in Newcastle, England October 1980. It is Weller and the group at its very best, most tuneful AND most aggressive, and gosh, I don’t even hear a mistake. If forced to say something negative…well, I might wonder aloud didn’t German girls like the group, too? since it looks kind of like a heavy metal audience here, or about 90% male. and they might not be up there in sociological understanding to the Newcastle England audience. Looking at this you cant help wonder if the German who were there actually witness one of the greatest rock n roll concerts in history.