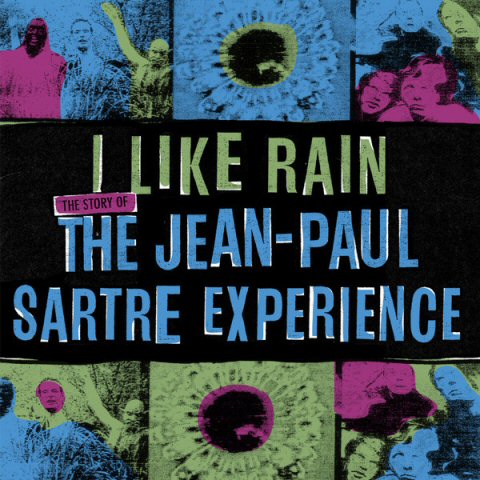 The Jean-Paul Sartre Experience ‎–I Like Rain: The Story Of 3cd

Triple cd in digipak cover with a 40 page booklet

The Jean Paul Sartre Experience may not rank in the top-tier of Flying Nun bands in most people’s minds, but this set compiling everything they released may cause some re-evaluation. First emerging in the mid-’80s with a string of solid EPs and singles (compiled on the Love Songs album), the band was a little tougher and less jangly than their counterparts. With an off-kilter lyrical view and songs that took unexpected twists, the group rewarded dedicated listening with their intelligent songcraft and churning emotions, but were capable of delivering sweetly melodic pop too. The classic “I Like Rain,” which chugs along happily like a lost Split Enz hit, and the lovely ballad “Grey Parade,” are fine examples of the latter. The first disc of the set contains Love Songs, plus their ultra-rare six-song lo-fi cassette that was packaged in a dog food tin. The second disc is comprised of the band’s first real album, 1989’s The Size of Food, plus their 1991 three-song single “Precious.” The record marked a jump ahead in recording quality, with a big, cavernous ’90s drum sound and louder guitars, but also saw the band coming into full bloom as songwriters and performers. It’s loaded down with great songs, all in different styles and moods, yet still of a piece. Kicking off with the darkly enchanting “Inside and Out,” which sounds like the Triffids on steroids, the album runs through fiery indie rock (“Slip,” “Mothers”), lilting indie pop (“Shadows”), grinding experimental sounds, and at least one song that the guys in Pavement must have studied pretty hard (“Cut Out”). It also includes one stone-cold classic track that should always be included on any compilation of Flying Nun highlights, “Elemental.” I Like Rain is an impressive album, one that any fan of NZ pop should check out. The third disc collects their three post-Food EPs and their 1993 album Bleeding Star. A more traditionally produced indie rock album with masses of loud guitars, underlying electronics, and vocals pushed to the front, it concentrates more on the pop side of the band and sounds a lot like a Jesus and Mary Chain album from the same era. Only better than that, since the band was still great at writing should-be hit singles like “Into You,” “Breathe,” or the loping “I Believe in You.” The slickness and willingness to play the alternative rock game was surprising at the time, but with the benefit of hindsight, it’s easier to discern the album’s charms. Taken all together, the set is a fascinating document of a band you see change from the kind of band who’d release a cassette in weird packaging to a band making a grab for the brass ring of success. Along the way, there were considerably more hits than misses, though, and any fan of Flying Nun will find much to love here. Hopefully the rediscovery spurred by the reissue will help boost their status in the label’s hierarchy.