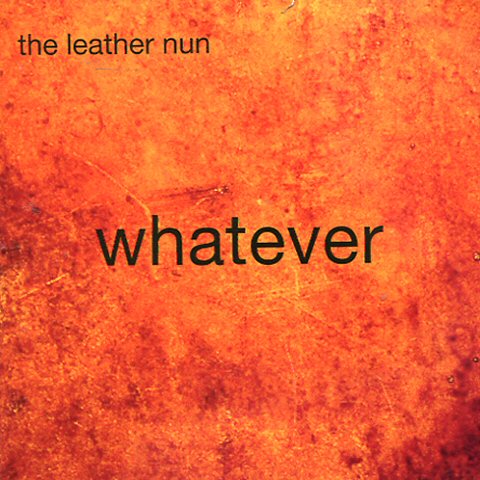 Careening from garage rock to goth and industrial, Leather Nun (aka Ladernunnan) became cult heroes in their native land of Sweden with their shock antics and rollicking tunes. Naming themselves after a London stripper, Leather Nun were formed in Gothenburg in 1979 by Jonas Almqvist (vocals), Bengt “Aron” Aronsson (guitar), Freddie Wadling (bass), and Gert Claesson (drums). Inspired by both Throbbing Gristle and Lou Reed (Almqvist’s half-spoken, half-sung vocals were obviously patterned after Reed’s), Leather Nun recorded their industrial-leaning debut EP, Slow Death, in 1979. Wadling left Leather Nun in 1982 and joined Blue For Two. A handful of singles followed before Leather Nun released their first live LP, Alive, in 1985. Their debut, Lust Games, followed the year after. Steel Construction, was issued in 1987, as Leather Nun’s American audience began to eclipse their small following in Sweden. The band eventually split up in 1995. While Leather Nun occasionally reunited in the years that followed — it wasn’t until 2015 that they returned with their fifth album, the Bowie-meets-Sisters Of Mercy Whatever, their first in nearly 25 years. The Leather Nun 2015 is as much Jonas Almqvist’s solo project as ever, and when the band returned it is his voice and characteristic Swedish-sounding English that is at the center. It has been 20 years since The Leather Nun released new material and more than 30 years ago the nuns were responsible for some of the hardest and most provocative stage shows in Swedish rock history. In 2009, an attempt was made to revive the band, but it ended with the singer Jonas Almquist putting it down again as quickly. The 2015 album “Whatever” are unexpectedly good; For example, the first-line “Outside my window” is extremely powerful, dark and threatening – just like the leather hub in the days of its power. The album is also more varied than before and there’s not only goth hard rock but also blues and ballads. Bowie-meets-Sisters Of Mercy is a good description indeed.