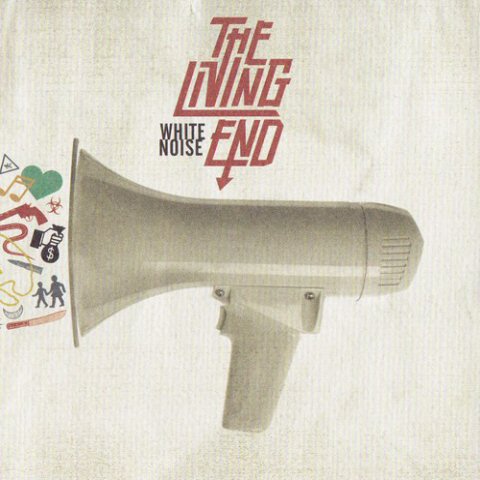 After a bit of a hiatus, Aussie punk band the Living End returned in 2008 with White Noise, an album that experiments a bit with new sounds but also seems to hang right on the edge of what they had been doing previously. The album opens with “How Do We Know,” a piece not far from Living Colour’s “Cult of Personality” in tone and delivery, though the guitar is slightly changed. “Raise the Alarm” makes the band (and especially frontman Chris Cheney) come out as a knockoff of Bad Religion, with a little less speed. The title track starts to show more divergence, with a bit of an emo sound leading the band into a short series of lighter pieces, ending abruptly after the ska-infused “Waiting for the Silence” as the group transitions back into a growling guitar format. With its constant switching of styles and tempos, the album could be a bit hit or miss for most listeners. There will be a couple of excellent tracks for anyone, but those tracks will differ for everyone. Though the experimentation is nice to hear, one hopes that the band will stick with only one or two formats on future releases.