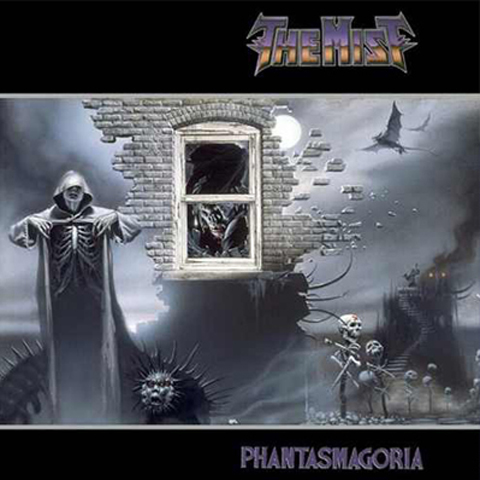 Phantasmagoria is one of the most celebrated thrash metal albums hailing from the early Brazilian scene. The Mist was formed in Belo Horizonte back in 1986 under the name of Mayhem. But it was after the name change to The Mist that things started to happen. 1989 was the year when Sepultura’s timeless album Beneath The Remains took the world by storm. Until then the Brazilian metal scene had mainly reached outside their own country through the tape trading scene. But with Sepultura the country had finally been put on the map and many bands were now snapped up by Cogumelo Record. The Mist were one of those bands that were rushed into the J.G. Studio in Belo Horizonte in the winter of 1989 and managed to have a debut album on the record shelves just weeks after. The sound on the album is very similar to many of the other Cogumelo releases, its dirty and gritty and its easy to say that it has the same vibe as Sepultura, Sarcofago, Impurity and Chakal (whose singer Vladimir Korg also was the singer of The Mist) but at the same time they felt very different from those bands. This was a very focusedd and vicious thrash metal album. While the riffs aren’t all that technical, they are fierce, calculated, and serve their purpose well. There is nothing ahead of its time here, but when you have something so massive and old school as this release, it is a godly monstrosity that speaks for itself. Back then it never really achived the recognition that it rightfully deserved but over the years is has become some sort of a cult thrash metal album and fans of the Brazilian scene or late 80s German thrash should definitely pick this up. The Mist might have been as simple as they come, but their music was so devastating that it is still heavily respected today.