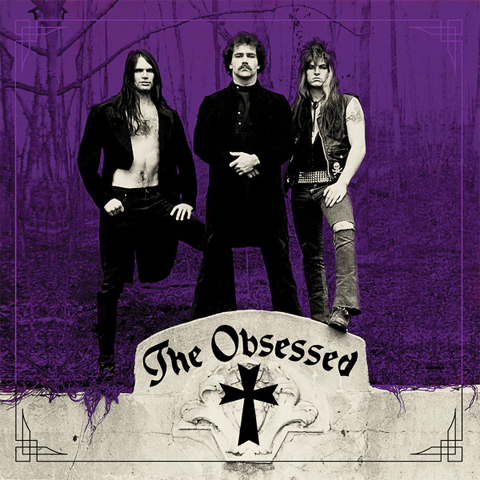 Recorded in 1985 but released only in 1990, The Obsessed’s debut album is a sort of underground gem. The music is spacious, sometimes detuned but still effective soft doom blues metal. Great part of the songs is pretty concise, but that doesn’t come at expense of the music, which hasn’t gotten dated after all these years. Few got the blues as Scott Weinrich, not for nothing considered one of the best singers from the genre. Fairly out of tune but with fascinating phrasing, his vocalizing is well accompanied by his guitar ability (although those hyperspeed Van-Halen solos seem a bit out of place with the lazy mood). This kind of friendly attitude goes well together with this sort of Middle of the Road Hard Rock, and even the lyrics are pretty cynic and plain simple (“I want to dream on a pillow of clouds / Cast aside this neon shroud / Make a bed in the riverside leaves /And ride a sunbeam up through the trees.”) Generally, this is the typical album without excess that wouldn’t work if it was longer than it is, at only 32 minutes. The best is left unusually for last, with “River of Soul” being the kind of non-caring, pissed of blues number one needs once in his life. If one gets an easy comparison with Saint Vitus, here it is: this is the kind of album Saint Vitus hadn’t the balls to make.